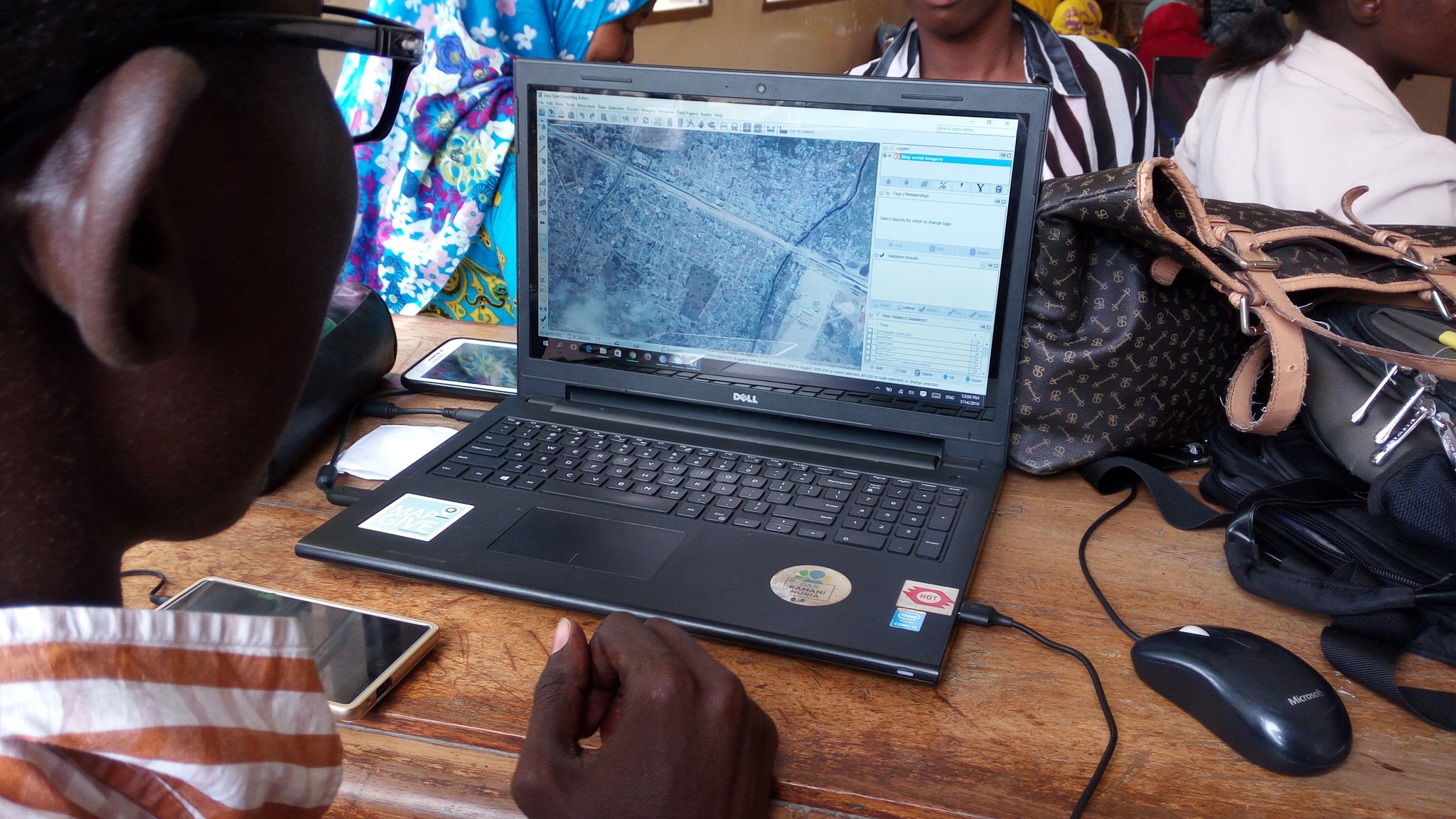 Photo credits: Ramani Huria, https://www.flickr.com/photos/ramanihuria/
The World Bank has granted funding for the five Geo-ICT partners, University of Turku, Ardhi University, Sokoine University of Agriculture, State University of Zanzibar, and University of Dar es Salaam in developing geospatial expertise to control risks posed by floods and climate change. Cities in Tanzania are especially vulnerable to the extreme phenomena caused by climate change due to population growth and weak urban planning.

According to estimates, as much as 95% of the growth in global urban population in the next 20 years will take place in rapidly developing countries such as Tanzania. Each year, Dar es Salaam suffers from extensive floods that destroy infrastructure and threaten citizens’ health and well-being. The changing climate is expected to cause new obstacles for development in the country’s growing cities. Geospatial expertise and using new, innovative technologies support the follow-up and management of urban environments.

– Lack of geospatial data hinders the development of rapidly changing countries. With its five-year Tanzania Urban Resilience Project, the World Bank has supported the development of a new and openly available knowledge base for mapping urban environments and identifying flood risks. The data has been collected, for example, with drones and citizens and university students’ voluntary work. However, Tanzania will need experts to process and use the digital data. The universities are now meeting this educational challenge, says Associate Professor Niina Käyhkö from the Department of Geography and Geology from the University of Turku.

The objective of the new Tanzania Urban Resilience Academy project funded by the World Bank is to create permanent practices for geospatial education and research especially in the sustainable development sector both in Tanzania and Finland. – This can be achieved with academic collaboration where the University of Turku and the Tanzanian universities have long traditions. Aided by Finnish development co-operation funding, we have collaborated institutionally with the Tanzanian universities in geospatial research and education for 15 years. Now our collaboration is supported by the World Bank, says Käyhkö, who also leads the Resilience Academy project.

In the project coordinated by the University of Turku, geospatial data is pooled together and developed into, for example, a web-map service that helps in predicting floods. – The map service will be realised with open source solutions in collaboration with the IT Services of the University of Turku. The service is public and anyone with an internet access can use it, describes Käyhkö.

The Resilience Academy project plans new education modules on collecting, managing and visualising geospatial data as well as sustainable urban planning. – Furthermore, we will develop new forms of internships that support students both in their academic learning goals and in increasing their practical geospatial expertise, says Käyhkö.

Original press release on the University of Turku web page

On the 18th of July 2022, Prof. John Lupala the Deputy Vice Chancellor for Academic, Research, and Consultancy officiated the Multicompetence Learning Challenge (MCL), involving undergraduate students as their Industrial Training for 2022. Multicompetence learning...

END_OF_DOCUMENT_TOKEN_TO_BE_REPLACED

Last minute preparations, revision of the mentors’ manual, polishing the e-learning platforms, organizing students and we are ready to go! Long-waited start of our Multi-Competence Learning (MCL) campaigns is finally here. For the last year, we have been co-designing...

END_OF_DOCUMENT_TOKEN_TO_BE_REPLACED

It was a pleasure to welcome 11 experts from the five Tanzania universities to Turku University of Applied Sciences (TUAS) on Tuesday 1st of June 2022. The workshop in TUAS was part of a two-week visit with one aim to explore further the Multi Competence Learning...